Listen to the King of Pop at the top once again with his finest songs all on one CD. This collection includes all of his number one hits such as “Rock With You,” “Billie Jean,” and “Beat It,” along with many others from Michael Jackson. The album also includes a new song titled “One More Chance” that is sure to be another classic alongside the long list of hits included. Michael Jackson: Number Ones by Legacy Recordings is the definitive album for any fan of Michael Jackson’s songs, or just music in general. The CD contains very upbeat songs such as “Don’t Stop ‘Til You Get Enough,” along with slower, more powerful songs like “Man in the Mirror.” Michael Jackson: Number Ones really shows off what a diverse artist he truly was, and how his music will stay present for many years. 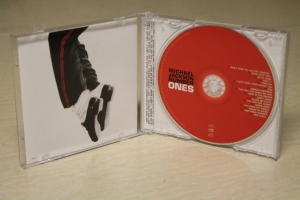 At NYCityGuys, these are our two favorite tracks from the album: