Willie Nelson’s newest album Band of Brothers by Legacy Recordings is truly a great album. This is the first record he has released in which has been self-penned since about 15 years ago. Band of Brothers is some of the best country music that I have heard in years. It is very different from the kind of country music that is released now, and it has a great, personal feel to it. From the second the album starts all the way to the last track, there is not a moment in which the music feels dull. It is extremely apparent that this album was made by someone who has been in the business for a long time, and someone who truly cares about country music as a genre. 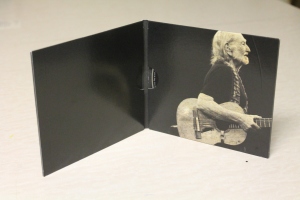 Band of Brothers consists of 14 tracks, including a cover of Vince Gill’s “Whenever You Come Around,” Gordie Sampson’s “Songwriter,” and a cover of Billy Joe Shaver’s “The Git Go,” in which he duets with Jamey Johnson. Every track feels like it doesn’t rely on Nelson’s earlier career, but instead shows what he is capable of now. Willie Nelson’s Band of Brothers is one of my favorite country records, and I look forward to more new content from him in the coming years!

Here at NYCityGuys, these are our two favorite tracks from the album:

Louie – “Hard to Be An Outlaw”