The Solus Project is an interesting and refreshing take on the survival game genre. With PlayStation VR capability on top of an already enjoyable game, The Solus Project stands out as a great title which can be fully played through Sony’s headset.  Set on an uninhabited planet, players will find themselves scavenging for resources and discovering ways to survive in this brand new single-player experience from developer Grip Digital. While the survival game genre becomes flooded with new titles, The Solus Project offers enough to keep players hooked, especially when playing in virtual reality.

The game encourages exploration, and rewards those who volunteer to venture forward not only with an awesome world to explore, but also lots to find. From the beautiful landscapes to the immersive music and atmosphere, the game truly stands out as a release like no other.  There is lots to explore, and the stakes are high in The Solus Project. 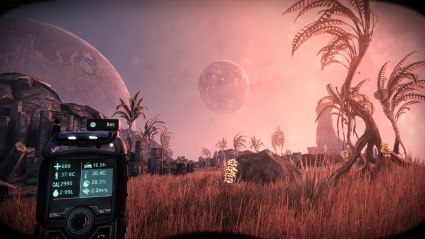 The fact that the entire game can be experienced in virtual reality from start to finish also contributes to how immersed I was during my time with the game. Players can now become closer to the action than ever before, as they explore these worlds and scavenge for resources through their own eyes. Survival feels real, and danger is apparent when traversing the beautiful game world in virtual reality.

Overall, The Solus Project is a very positive gaming experience. From the virtual reality capabilities to the sense of impending doom and need for survival, there was not a dull moment when playing this survival-action game. There is this sense of being alone that can be found in The Solus Project that I have not seen in any other games. Players will truly find themselves isolated and stranded to look out only for themselves when traversing the brutal atmosphere the developers have created. In a time where there are plenty of survival-based games releasing, The Solus Project stands out as an atmospheric and immersive game set in the sci-fi genre that truly offers players something to behold. For more on The Solus Project, keep it here on NYCityGuys!