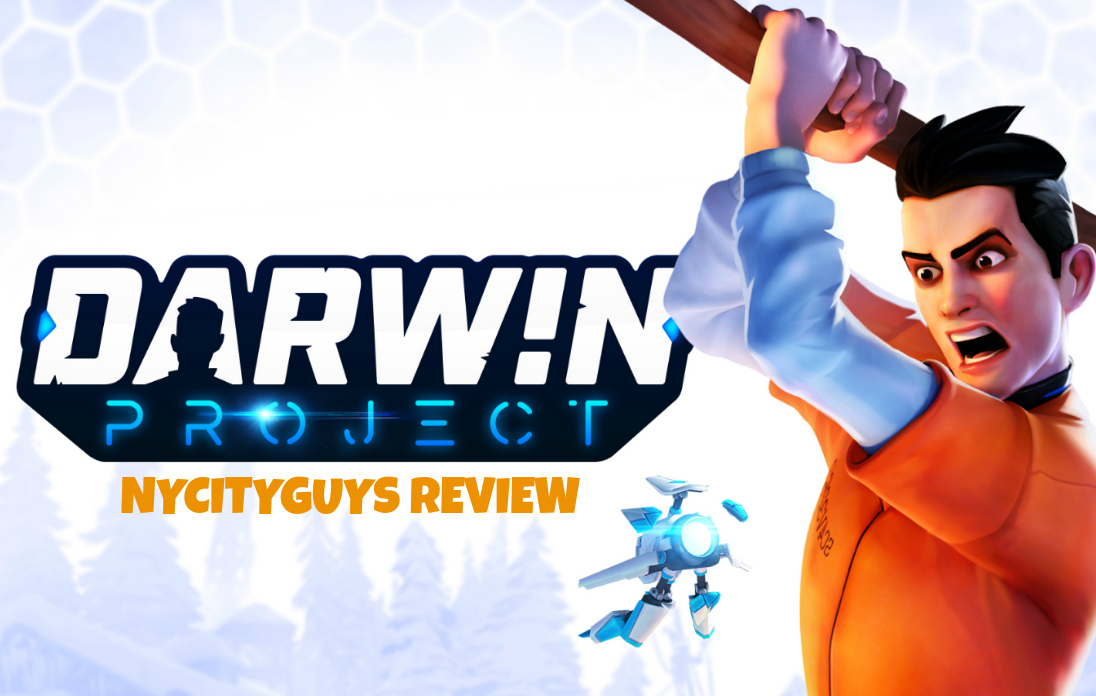 Darwin Project might be the exact kind of multiplayer powerhouse gamers are looking for. The game takes the battle royale formula to a new level, and puts a completely unique twist on it, creating one of the most enjoyable experiences the genre has to offer.  This Steam Early Access title looks absolutely stunning with its cartoon-like visuals and snow-covered environments, taking place in the Canadian Rockies. In Darwin Project, players will not just fight against one another, but also the intense weather conditions that the Rockies challenge them with.

The battle royale experience is brutal and extremely rewarding. Players must calculate their every move, as others can use their mistakes to their advantage. I found myself using tree stumps and rummaged-through loot to track down opponents, which is an extremely interesting concept for a game in this genre. When tracking down foes, players truly feel like hunters, as they are offered a glimpse as to where their next prey will be located in the environment. Darwin Project’s crafting system is also extremely streamlined, and perfect for on-the-go survival. I often crouched in trees or tall bushes for just long enough to put together some armor, surprising my foes in combat. After playing a few matches, I began to understand just what it will take to win in the world of Darwin Project. Players must find their balance between scavenging and fighting, while also keeping an eye on just how cold the temperature has gotten in their area. 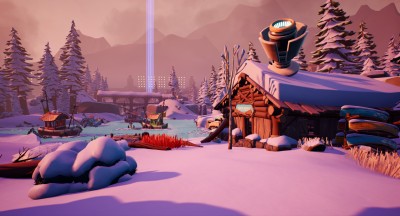 The inclusion of electronics also adds some tension to the battle, as these materials are dropped into the map and offer players the chance to unlock special abilities that can give them the upper hand in combat. When chasing after electronics, I would often encounter other players and have to duke it out in order to obtain the power-up. The electronic material can be used to craft a plethora of items, my personal favorite being a shield that protects your player from direct attacks for 10 seconds in a fight. Gaining an electronic in battle can surely give players the upper hand, and change the tide of battle in a tense 1v1 situation.

Another shining feature that makes Darwin Project such an amazing experience is the addition of the Show Director role, who oversees the match and spices it up by adding all kinds of tweaks to keep things unique and interesting. As the game progresses, the Show Director is offered more abilities for use in tense situations to keep the action moving. While playing, I had the opportunity to interact with the show host and hold short conversations. I often times talked with the show directors, and received powerups and bonuses from them throughout my battles so far. These encounters with the Show Director contribute to making Darwin Project such a stand-out title. 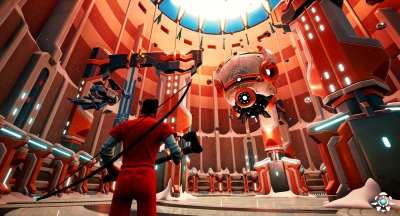 Darwin Project is perfect for not only regular players, but also streamers, as their audience can get in on the action themselves. Viewers can influence the decisions of the Show Director and change the tide of battle, which calls for some explosive and varied scenarios. They can also vote on their favorite fighter at the beginning of the match, which is always fun to see when there are streamers in the game. This streamer-to-audience integration is another high point in the game, as it makes viewers on Twitch or Mixer much more than just spectators to the chaos.

Overall, Darwin Project is an extremely promising new title, and one of my favorites of the year so far. The game finds its own place within the multiplayer battle royale genre, and stomps out new territory with some great ideas and superb execution. With features such as a Duos mode, where two players can collaborate on surviving as a team, on the horizon and more to come in the future, Darwin Project is an already exceptional experience with lots of promise, and definitely a game I’ll be playing for a long time. For all your gaming reviews and entertainment news, keep it here on NYCityGuys.