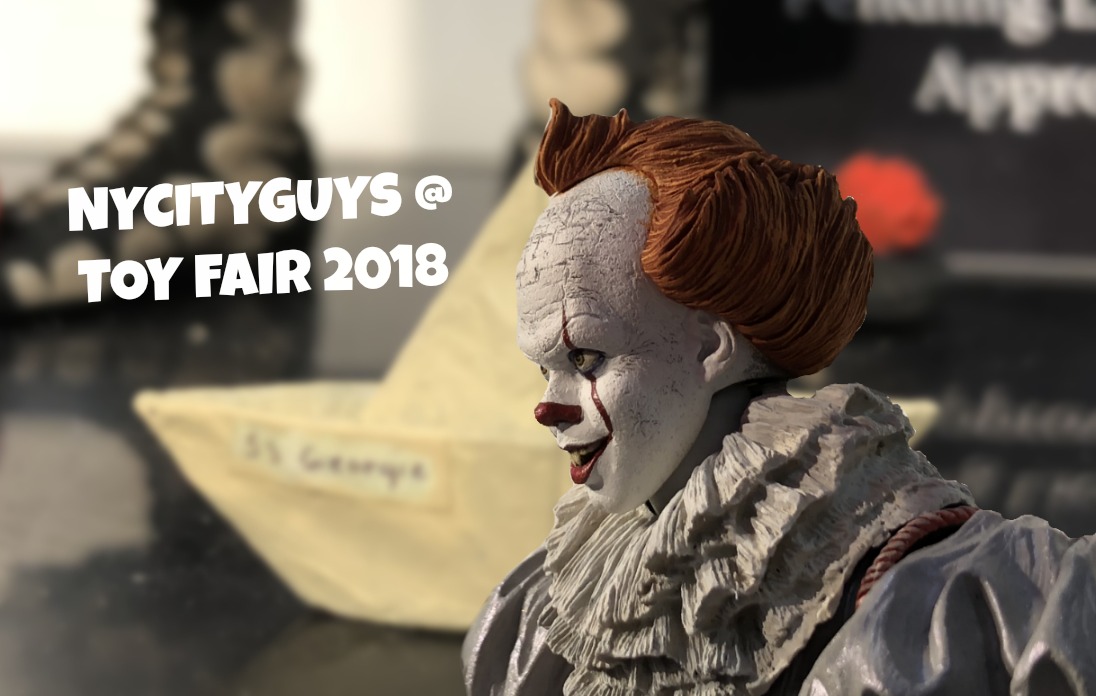 At New York Toy Fair, NECA has shown off their brand new 7 inch figures based on the IT film license. The two figures are modeled after both the original IT film starring Tim Curry as Pennywise, along with Skarsgård’s representation of the evil clown in 2017’s IT movie.

Both figures are incredibly detailed, and include extra heads that display different expressions for the characters. The 2017 Bill Skarsgård figure includes a more straight-faced Pennywise, along with an open-mouth head displaying the iconic villain’s sharp teeth. The 1990 Tim Curry figure’s two alternate heads also display different emotions signature to the film. Both figures wield the iconic red balloon, while also including extra hands. While the Tim Curry hand seem to be more claw-like, the Bill Skarsgård figure features more open-hand gloves along with a small-scale model of the S.S. Georgie from the beginning of the film. You can check out some images of both figures below. For all your news on IT, keep it here on NYCityGuys! 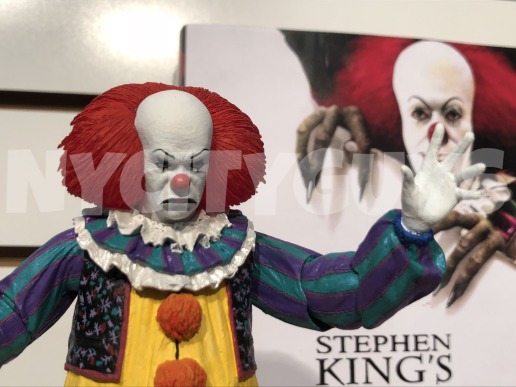 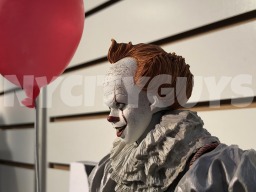