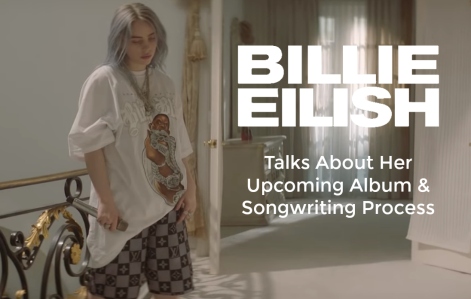 Taking the world by storm, Billie Eilish has been making quite the name for herself this year. From her collaboration “Lovely,” with fellow pop artist Khalid to her newest release “You Should See Me in a Crown,” Eilish is here to stay in the music scene. At Rolling Stone Styled this week in New York City, the 16-year-old star came by to discuss her major influences, along with what inspires her style choices.

Eilish arrived in the city for both the event and for Calvin Klein’s New York Fashion Week show, which was held the same night. Upon entering the room full of screaming fans, ranging from pre-teen kids to many in their adult years, Billie immediately asked if the crowd was doing alright. After the audience response finally simmered down, Billie began to answer some questions about the new content she’s been working on, including music and clothing. When asked about her unique style, the young star cited one of her biggest influences — Tyler, the Creator. “I feel like he created all of us,” Eilish went on to say after a roaring response from the audience. When looking at an artist like Tyler, it’s clear to see the direct influence he’s had on newcomers like Billie, not only in their experimental music ideas but also the desire to go beyond music into clothing and other ventures. On top of creating some of the most popular songs this year, the “Lovely” singer has a clothing line labeled Blohsh, where items are available to order online. 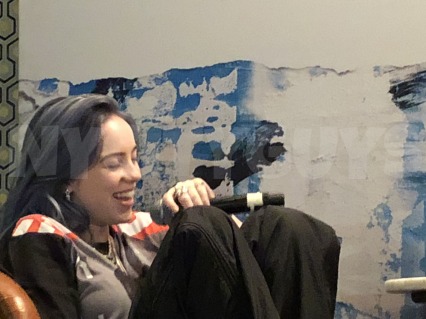 “Ugly is dope, to be honest with you,” Eilish expressed, before going on to tell a story regarding her unique fashion choices. The singer recalled a time in which she had the idea to wear an IKEA bag to a star-studded private event hosted at Jared Leto’s house, where the billing included major names in Hollywood. Billie openly discussed her attraction to the weirder side of fashion, and credited artists like Tyler for helping her in finding this unique place within her own identity.

When talking about her creativity and writing process, Eilish explained how she not only comes up with the ideas for her songs all in one notebook, but also draws pictures of the songs she writes. “Like, lately I’ve been drawing the songs that I’ve written — and not the lyrics, its no words…”, the artist expressed, “I’ve just been drawing what the song feels like”. She also teased her upcoming album, which is still untitled at this time, which is said to be coming within the next couple of months. Billie also addressed a tragedy that occurred within the music scene and echoed worldwide back in June, when the young talent known as XXXTentacion was killed. The singer spoke of how his death affected her, and that she found her way in finally overcoming this misfortune through creating a song dedicated to the late rapper. She confirmed that the song, titled “6/18/18,” will be featured on her forthcoming album.

Another important part of Billie’s current music process is the kind of people she surrounds herself with. Keeping her mother close, even to the point of her attending the event, Eilish explained just how important it is to keep a positive crowd around while creating. While in the studio, she works on all her music alongside brother Finneas O’Connell. In terms of their workflow, Eilish addressed how she loves working with Finneas since they know almost everything about each other. While sometimes they may get into disagreements while working, the singer made it a point to note that at the end of the day they still live in the same house, and there’s more love than there are arguments.

When discussing life on the road and how it’s shifted the young artist’s perspective on the world, Eilish explained, “I’ve just learned so much about myself on the last couple of tours — which were my first tours, like, I went on my first tour in October and my second one in January, February, and March”.  Eilish, who is now also set to open for Florence + The Machine on select dates in both the United States and Australia, has been making quite the rounds within the last year in terms of live performances. The singer has traveled from festival to festival, while also performing at her own sold-out events all across both the US and Europe.

Billie Eilish may be new to the scene, but she’s a force to be reckoned with, whether that means through her music, her clothing, or whatever’s next for the young up-and-comer. Her 2017 album “Don’t Smile at Me,” is currently available for streaming, and her new album is on the way. For all your music and entertainment news, keep it here on NYCityGuys!