As part of the Rolling Stone Styled event in New York City, critically-acclaimed DJ/music producer Dillon Francis stopped by to discuss his influences, how he started producing his signature moombahton sound, and what fans should expect from his newest project WUT WUT, which releases towards the end of this month. Francis also spent some time discussing his upcoming clothing collaboration with Barney Cools, which makes its debut at Complexcon this upcoming November. The clothing brand, centered around his Piñata character Gerald who is frequently seen on his Snapchat and social media, will include pieces designed by Dillon.

Dillon talked about his upcoming 11-track long album, and the many inspirations that helped form the project. Francis traveled to Mexico City, Miami, and even New York to draw inspiration for Wut Wut. Working with a variety of writers, including Jarina De Marco, Francis recaptured the excitement he felt back in the days of his 2011 Westside EP. But, he explained how it was also extremely important to make sure he showed his progression as an artist since then. Discussing his 2014 studio album debut Money Sucks, Friends Rule, Francis reflected on how the track list didn’t feel quite as cohesive as he would have wanted it to. However, he made sure that the flow of his upcoming second album would be much more similar in tone. 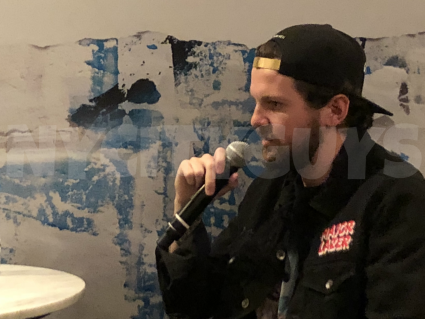 Dillon went in-depth about his music, giving fans an insight into his unique creative process and upbringing. Francis, a Los Angeles native, was drawn to an almost dancehall-esque subgenre of music commonly known as moombahton. Citing older acts such as Munchi for inspiration, along with Spanish music set within the 100-110 BPM range, Francis found his home as a music producer. The musician recalled one time in particular at Coachella with one of his friends, “I remember telling her, next year I’m gonna play Coachella.”

While Francis didn’t end up playing, his song Westside made its round during the following year’s festival. Around three years after beginning his journey in the craft, Dillon sent out his music and ended up meeting world-renowned DJ/producer Diplo, and got his first EP signed to the label. Together, they would bring the genre of moombahton into the forefront of the electronic scene, Francis also mentioned what it was like to work with a Panic! at the Disco frontman Brendon Urie. As a longtime fan of the band, it was a dream for him to partner with the singer, creating the standout song off his 2014 release. 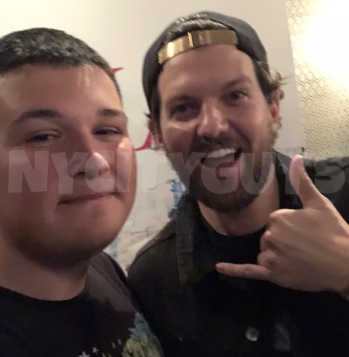 Dillon also touched upon the importance of social media and understanding trends. With characters such as Gerald, who coincidentally shares the first name of his collaborator G-Eazy, Francis takes to audience reactions via Snapchat. If he sees a skit is working, he’ll continue to make jokes in that field, and if he sees that it’s not grabbing his audience’s attention, he could simply move onto another piece of material. The American producer’s love for comedy stems all the way back to his days in school, where he recalled creating skits and shorts with his friend, which later sparked his interest in creating 7-second videos on the now-defunct application Vine. In continuing the acting side of his career, the DJ was presented with an opportunity to portray Jasper, a character on Viceland’s 2017 comedy series What Would Diplo Do, starring James Van Der Beek.

Throughout his other endeavors, Dillon Francis has always kept music production at his core. After his writing journey and inspired creative process, the musician is now ready to put out his second album, WUT WUT, which releases on September 29th. For more on all your music and entertainment news, keep it here on NYCityGuys!